Shadowhunters: 1.09 “Rise Up” Behind The Scenes & Episode Stills

I have added one behind the scenes photos and episode stills of Matt in the ninth episode of Shadowhunters titled “Rise Up” to the gallery! You can also read the synopsis for the episode below:

With the Institute on high alert, Jace, Clary and Isabelle are forced into taking drastic actions in “Rise Up,” an all-new episode of “Shadowhunters,” airing TUESDAY, MARCH 8 (9:00–10:00 p.m., EST) on Freeform, the new name for ABC Family.

After the attack, the Institute and The Clave are on high alert and taking no prisoners to get answers. When Lydia makes a harsh call on the Seelies, Jace, Clary and Isabelle fear that this decision could be disastrous and the wrong way to defeat Valentine. Left with no other choice, the trio takes drastic actions to stop what is about to take place.

Meanwhile, Simon struggles to deal with his new situation, and Alec is emotionally torn with what is happening at the Institute. 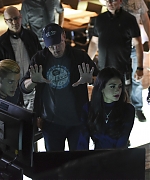 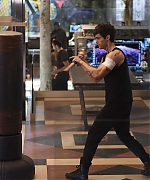 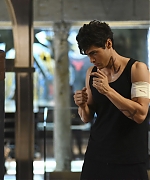 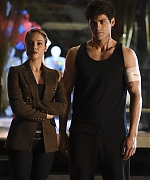 Shadowhunters: 1.06 “Of Men and Angels” Screencaptures