Shadowhunters: 1×05 “Moo Shu To Go” Behind The Scenes & Episode Stills

I have updated the gallery with behind the scenes photos and episode stills form the fifth episode of Shadowhunters titled “Moo Shu To Go.” You can also check out the synopsis for the episode below! 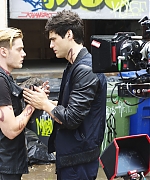 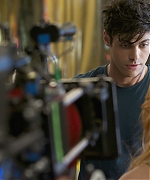 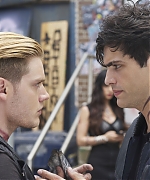 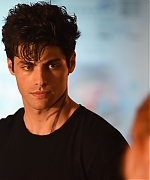 Tensions escalate between Alec and Clary as they don’t see eye to eye on the best way to hunt down Valentine. But when Jace and Isabelle are sent on an intel mission to the Seelies by Maryse Lightwood, Alec is put in charge of keeping Clary safe, much to both of their chagrin. With his hard-as-nails mother back in town and Clary’s rule-breaking tendencies, Alec finds himself struggling to stick to the Claves rules while keeping his promise to Jace.

Meanwhile, the New York City Werewolf pack begins their hunt for Clary and The Mortal Cup.