Matthew Daddario on ‘Why Women Kill’, Loving ‘Lord of the Rings’, and Motorcycles 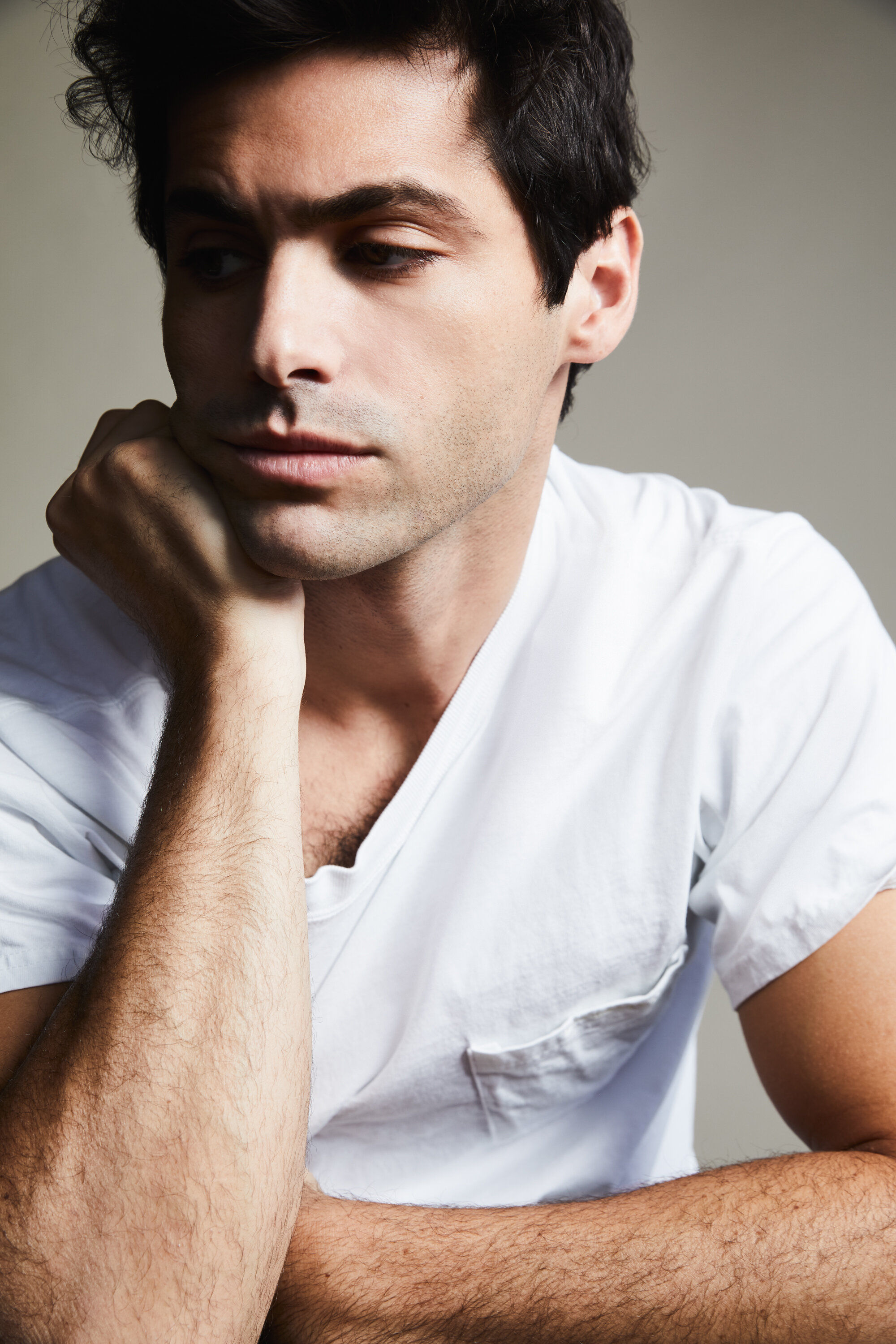 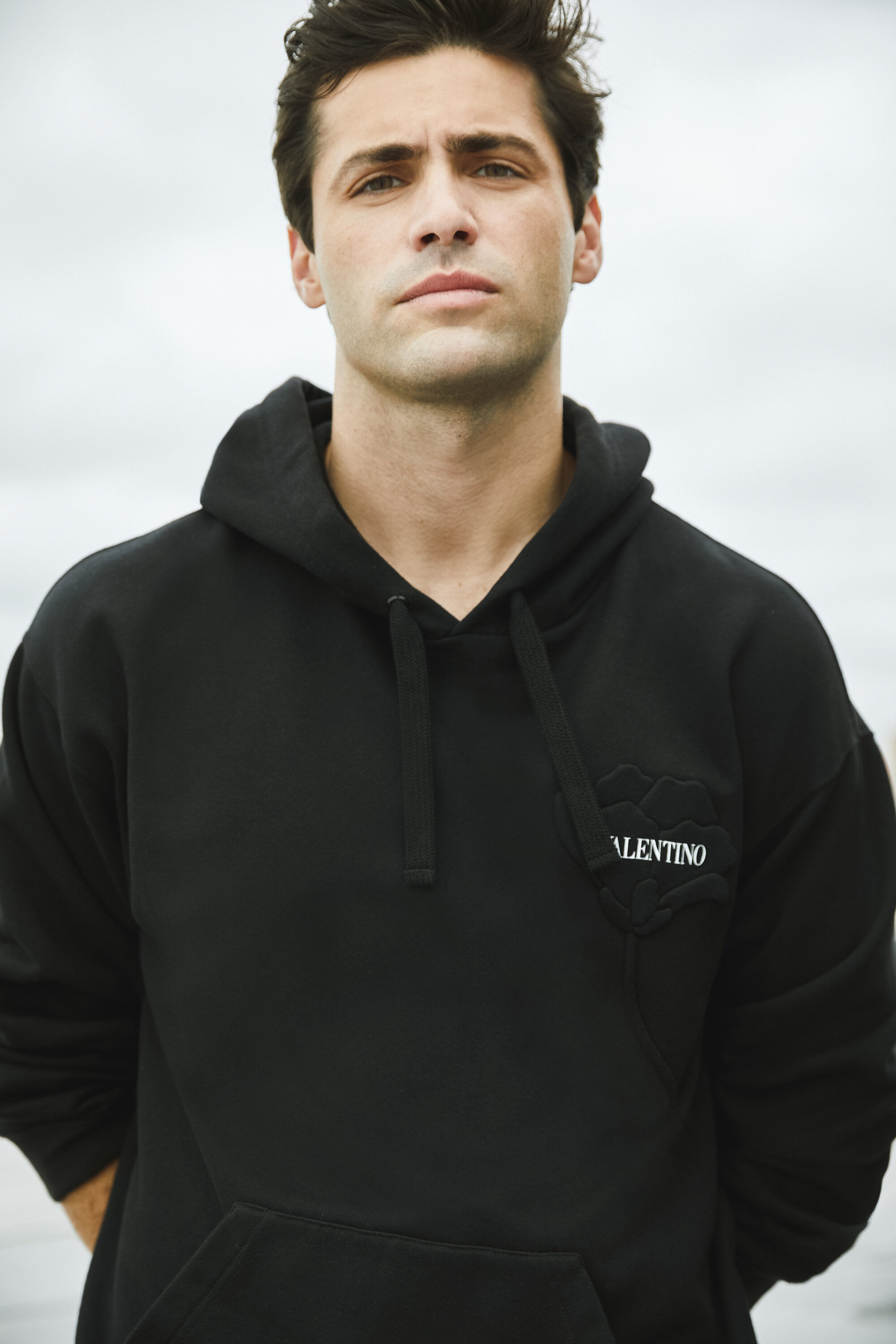 FLAUNT – Matthew Daddario has had nothing short of an adventurous year, becoming a dad, premiering the movie Trust and now starring in the second season of Marc Cherry’s glamorous Paramount+ Series, Why Women Kill.

Premiered on June 3rd, the second season of Why Women Kill features Daddario as Scooter, in the darkly comedic drama as an adulterous young man focused on making it big in Hollywood no matter what means it takes. Set in 1949, this season peels back the mask people wear to uncover the hidden truth as well as the estrangement women feel within society.

So you’re from New York originally? What was it like growing up in the city?

Here’s the deal. I think that people don’t really know what New York is unless you live there. I think a lot of people want New York to be a certain way, and they want New York to to be a way that fulfills whatever the image is in their head, and they get that image, probably from TV, from film, and from whatever else, or other sorts of media where they see the city. I think for me, it was just a place that I was growing up. Obviously, the thing that drives New York really is this kind of energy, I think that everyone always talks about, right. But that is kind of hard to understand, and I’m sure many people have written many essays on the topic.

But really, what it felt like for me was a sense of freedom. I think that New York provides young people with an enormous amount of responsibility and enormous amount of freedom, in comparison to growing up elsewhere. You’re not limited to access to things by vehicles, or by getting moved around by your parents, if you’re in the suburbs, hypothetically. There is full access to everything, really, that you could fill your every day with something new at that age. So I think that that’s really what New York was, was this large amount of freedom and a large amount of responsibility. And I think that it’s very hard for some people, and I think that it’s um, I don’t think it’s the greatest place to grow up, but I do think it’s the greatest place to grow up. You know what I mean? Those two things at once.

So what did you do with your freedom?

What did I do with my freedom? So many good things, I was very well behaved. Let me tell you, my mom will read these things. Now if my mom reads this, she’ll say, “Now, Matthew, why are you telling people that?” I walked around, I skateboarded, I went and met my friends and we would wander around the city. I had some good friends that would just wander when we were younger, then go meet people. Meet other people from other schools and see what they’re doing and what they’re up to. You don’t get in trouble. Because you know, that’s not what people in New York do. That’s not what teenagers do. They don’t get in trouble.

So how did you get into acting?

So actually my older sister, she is an actress. She was in it for a bit and obviously, I didn’t get into it and I went to college for different reasons. I majored in something else and then when I graduated, I kind of went to it as I exposed to it. So I knew what it was. I understood the elements and I understood what the process was. I understood that it’s a bad decision to try and become an actor. If you want it as your livelihood, it needs to be something that you’re doing, because you actually love it, because really, your chances of succeeding are near zero, and they’re not necessarily based off your skill level. So you are kind of in a weird business, and a lot of a lot of chance plays into it.

Like I say, luck, but chance and circumstance. So I knew what I was getting into, and I said, “I’m going to try this.” It was at a time when the economy was not doing so well. I wanted to experiment in this area, because I felt that it would provide me with a better sense of self. When I started taking classes, it really gave me this realization that this is really what I want to do. Eventually realizing that made me kind of question my other choices, and then it kind of went from there. I continued to go to classes and got an agent and went through the whole process of managers, agent auditions, failure, a lot of constant question of “is this really the right choice?” Eventually, it worked to a degree, and I’m so happy that I did it.

Tell me about your sisters and growing up with them.

I think that because my sister and I were very close in age, we played a lot together, and grew up with each other. I have a kid now, so I kind of realized the benefit of having that it must be. I think it was kind of hard for me to contextualize how important that could be. Hypothetically, if my kid doesn’t have exposure to other kids, you have this permanent playmate, and the two of you can compete. And the two of you can play games and things, it gives you a lot of time with another young child, which is enormously beneficial.

And then we have the younger sister, Catherine. And that was also very good, because it also gave me a sense of what it was to have a younger person who you were sort of responsible for. So I actually think that there’s something really nice about having three kids that are close in age, and I also recognize the incredible difficulty of having three children, which is like madness nowadays, especially in New York. Oh my God, we were crazy. It’s nuts. But you know what, I encourage everyone to have tons of children, it’s a lot of fun.

So you recently became a dad this last year, in the middle of the pandemic, how has that been like for you?

There’s nothing really great about the pandemic, not a fun time to discuss the pandemic. But one big advantage was that we had time at home and time with family. People weren’t busy doing other things, because we were at home. And so that gave time with the baby and that otherwise I might not have had and that other people might not have had. So it was really, it was really great for the family in general. And I mean, I wouldn’t suddenly say I would recommend having your baby during a pandemic. But now we can find that it was actually quite alright. It was quite alright from that perspective.

Read more at the source