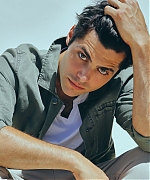 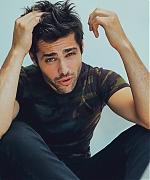 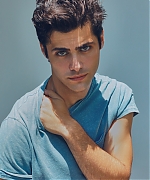 RAW PAGES – RAW: What was it like growing up in New York’s Upper East Side?
MATTHEW: I loved it but I did miss out on a bunch of stuff to be honest. You don’t get the full experience. I didn’t know cheerleaders were real, you know what I mean? In movies, there’s these cheerleaders. There’s a whole bunch of them doing all their cheerleading stuff. I didn’t know that actually existed, I thought that it was just movies.

RAW: How did New York City shape you as a person?
MATTHEW: A sense of autonomy at a young age, which sort of I’ve never wanted to have taken away from me. Does that make sense?

RAW: Your parents were lawyers and you studied business. Then you and your sister Alex got into the arts. Were your parents apprehensive about this?
MATTHEW: No, Alex got into acting at a young age– she’s always wanted to do it. She’s been good at a young age, so she got in. Our parents just told us, “Don’t be lawyers,” so I did something that I was supposed to enjoy…

RAW: Was there a first movie or TV show that made you think, “Oh, I want to be an actor,”?
MATTHEW: Yeah there is. I don’t want to say what it is because I don’t want to give him a big head. (laughs)

RAW: How proud are you of your sister Alex and her success?
MATTHEW: Incredibly. She succeeded in a business that’s more prone of failure than any other we can really think of. She’s done a tremendous job. It’s been a constant upward trend for her and it’s just incredible.

RAW: How do you define success?
MATTHEW: (laughs) Success is… you could look at it in a variety of ways. Some people look at it as how much praise they’re gonna get from an outside source or maybe if they achieve a certain goal. That’s nice if you can get that sense of success from that goal and then just set yourself a new one. It’s whatever keeps you happiest the longest because the end goal should always be happiness. So if success leads to happiness, then you’re successful. And if your success doesn’t make you happy then you’re not really succeeding.